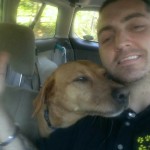 Casey has been an animal lover since he was a young boy. Anyone who knew Casey growing up not only knew this but knew of his deep love for his Cat “Kitty!” Casey is a certified/experienced Veterinarian Technician and Dog Trainer. Casey attended Massasoit Community College for his associates degree in Animal Science, where he became a certified Veterinarian Technician. Casey started his Vet Tech Career in 2005 at Luv my Pet. A traveling, low cost, vaccination and blood testing clinic. He later was hired at Bellingham Animal Hospital. Casey worked as a Vet Tech for 8 years. Casey started Neighborhood Pet Care (NPC for short) in January of 2008, while still working as a Veterinarian Technician. Casey had a dream, a vision for the best way to offer Pets & Parents the all around best Pet Care services ever! Exercise, socializing, running leash free in a safe controlled environment, humane boarding, non fear motivating training, picking up and dropping off the Pets in fun, entertaining and Pet comfortable vehicles, to benefit both Parent and Pet! Neighborhood Pet Care has been a growing success since day 1. In 2011 Casey started his own Charity based on his lifelong love of Cats, called “Case y’s Kittens” (see news page for details). In 2014 Casey met Co Owner Lia Winslow Fiske, his future wife and future mother of their daughter Hayleigh Rose Fiske born 12/18/2015. Lia was made Co Owner of NPC in November of 2015. Lia’s addition to the NPC family made Neighborhood Pet Care and even better Pet Care business in her 3 years to date with NPC! 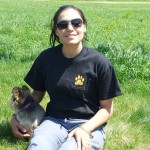 Lia joined NPC in 2013. Lia’s life long dream was to work with animals. Lia grew up in the lower part of Cape Cod in the town of Wellfleet, Massachusetts. She has raised cats, dogs, rabbits, hamsters, ginning pigs even ducks! She was always the girl brining home a new Pet to care for! Lia also attended and graduated from Massasoit Community College and holds certifications for Veterinarian Technician and Basic Behavioral Dog Training. Lia became Co-Owner of NPC in November of 2015. According to Co-Owner Casey Fiske “Lia has added her own special touch to NPC in her 3 years to date with Neighborhood Pet Care, making it an even more fun, loving and efficent Pet Care business! 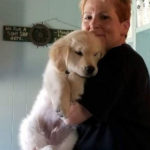 Donna is the newest addition to the NPC family. Donna, a lifetime animal lover and advocate, was hired on to the NPC Staff in April of 2016. When Neighborhood Pet Care announced an opening position to help run its first Doggie Daycare location. Over 3 dozen applicants inquired about this position posted on Care.com (NPC has been a Care.com member of since 2010) by emailing their resumes. Donna was 1 of 8 chosen to interview and 1 of 3 asked back for a 2nd and final interview, in which she was chosen as the best fit to add to the always growing NPC family. Donna brings with her 40+ years of adopting, raising, and working with Pets. Donna is also an active advocate for animal rights and for the continued fight against animal cruelty just as NPC is! In a short time Donna proved to be an exemplary employee and best part is all the Pets have given their approval! And that’s how Neighborhood Pet Care does employee reviews! 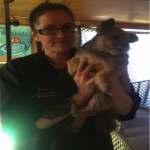 Erin, a highly talented groomer, was added on to head up Neighborhood Pet Cares new professional grooming salon and spa! Erin started her career at Petco after graduating and earning her professional grooming certification in 2006. Erin was NPC’s biggest consultant to their grooming salon. Helping ensure all the equipment purchased was the very best, to make the grooming process as comfortable as possible for the Pets and Groomer, as Neighborhood Pet Care Grooming Salon and Spa was aimed to be the most humane and efficient grooming salon in the area, and adding their signature ”Free pick up/drop off included” the easiest on the parents as well! Together Erin and Owners Casey and Lia were able to do just that, opening in winter 2016 to rave reviews! Erin agreed to groom 7 dogs for free, as NPC offered 7 free Grooms to 7 long time loyal Parents/Clients. Erin was proving herself to NPC owners and Parents and saw the long term goal of 7 regulars and references for her grooming skills at Neighborhood Pet Care. Erin has 10 years experience with grooming, 2 of which were grooming for show dog pageants! She came with excellent references from both past employees, clients and now added NPC parents as well! Hands down a great addition to the NPC Family! 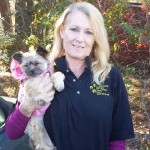 In Loving Memory of David Houlmiller 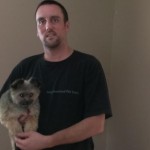 2 1/2 years as a part-time Neighborhood Pet Care employee who passed away November 30th 2013 at age 41 of Heart Complications.

We dedicate this site to you, our dear friend David.